Kearney, NE. – The Tri-City Storm hosts the Waterloo Black Hawks tonight at the Viaero Center for the 22nd Home Opener in organization history. The Storm rolls into the Home Opener in a tie for first place in the USHL’s Western Conference standings. Tickets to tonight’s game may be purchased online at www.StormHockey.com or by contacting the Viaero Center Box Office at 308-338-8144. Puck drop is scheduled for 7:05pm CT.

Tri-City (3-0-0-0) has collected seven of a possible eight points in previous Home Openers at the Viaero Center under the leadership of Head Coach Anthony Noreen. The Storm played its first game at the Viaero Center in the Home Opener on November 18th, 2000. Tri-City lost to the Des Moines Buccaneers by a final score of 4-3 and lost seven of its first eight Home Openers from 2000 to 2007. Tri-City has posted a 10-1-0-2 record in Home Openers from 2008-2020. The Storm has a record of 11-7-0-3 in Home Openers and the team holds a 3-0-0-1 record over the last four seasons. Tri-City has dropped both previous Home Openers in which the Black Hawks were the opponent for the Storm (2-1 on September 27th, 2002, and 3-2 on October 12th, 2007). Through the opening three games of the 2021-2022 regular season, goal scorers for the Storm include Gavin Brindley (3), Jeremy Wilmer (2), Cole O’Hara, Mitchell Miller, Graham Gamache, and Lleyton Roed.

Waterloo (2-1-0-0) shut out rival Cedar Rapids on October 1st by a final score of 3-0 following splitting games at the 2021 USHL Fall Classic. Waterloo fell 5-2 in the season opening game on September 23rd to the Green Bay Gamblers. The Black Hawks posted a 2-0 shutout over the Youngstown Phantoms the following day. After giving up five goals in the opening game of the season, Waterloo has posted back-to-back shutouts. Waterloo did not shut out an opponent during the 2020-2021 regular season, and the team has now recorded two consecutive shutouts for the first time since the 2015-2016 regular season. Jack Williams was named the USHL’s Goaltender of the Week after recording back-to-back shutouts in both of his appearances in net this season for the Black Hawks. Williams has made thirty-six saves on thirty-six shots faced to this point in the season. Garrett Schifsky (2), Mason Reiners, Tyler Kostelecky, Nicholas Ahern, Jacob Jeannette, and John Waldron have all scored goals for Waterloo through the opening three games of the season.

A free Tri-City Storm Mini Hockey Stick will be given to the first 1,000 fans who visit the Viaero Wireless trailer outside the main doors before tonight’s game. $5 Kids Tickets are also available for purchase. Drink specials for the game will include $3 Domestic Cans of Beer and $2 Cans of Thunder Punch. 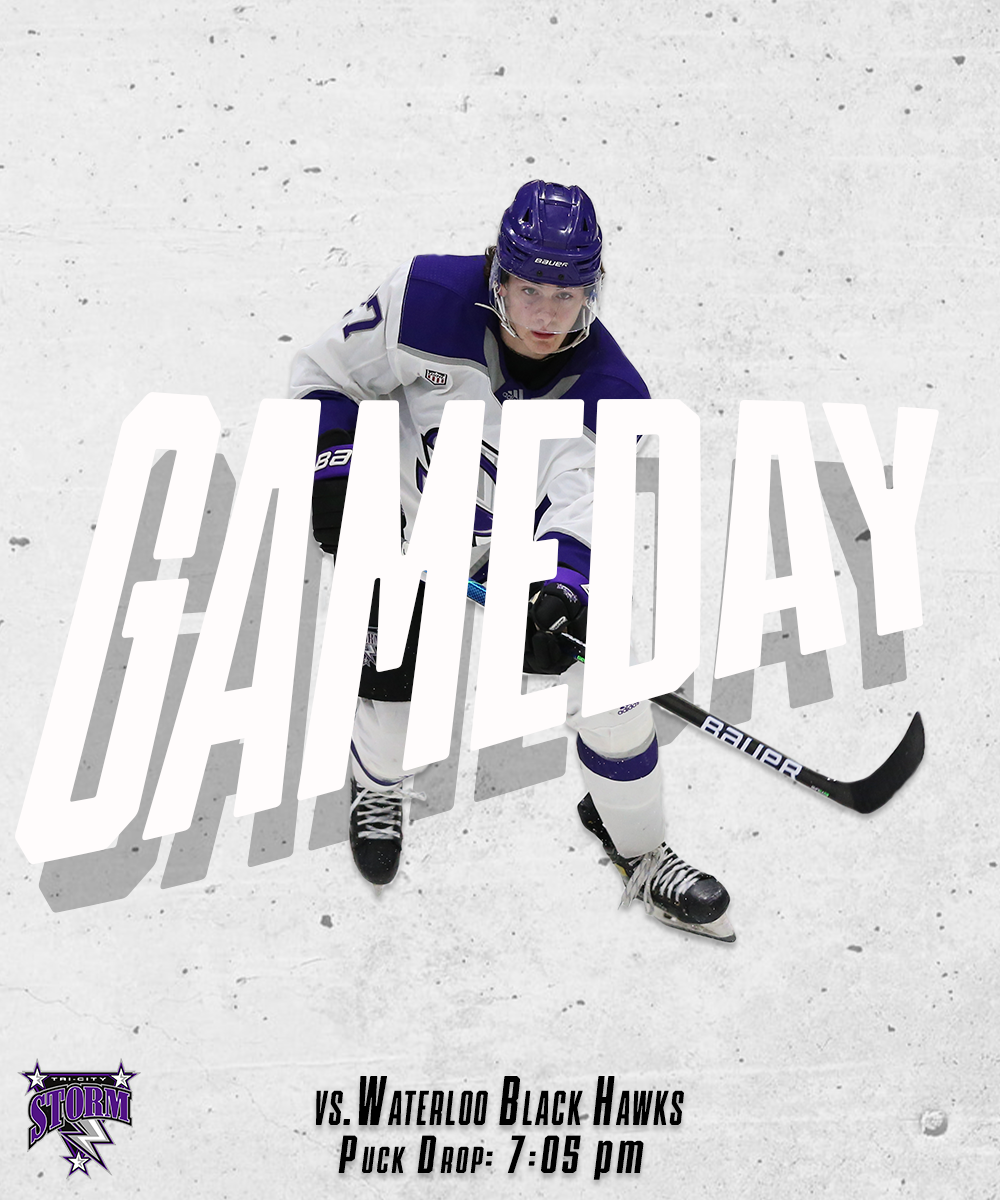