Sam Povorozniouk, 26, of Northbrook, Illinois, joins the Storm after launching his coaching career with the Windy City Storm. Povorozniouk’s played professional hockey for multiple organizations across the United States, Finland, Germany, and Denmark. After playing AAA hockey for Team Illinois, Povorozniouk made his USHL debut for the Chicago Steel on November 24th, 2010, in the Steel’s 1-0 road loss to the Dubuque Fighting Saints. Povorozniouk netted his first career goal on February 7th, 2011, during the 3rd period of Chicago’s 4-3 home loss to the Youngstown Phantoms. He provided the Steel offense with seven assists in twenty-eight games played during the 2010-2011 season. He also skated for the Chicago Young Americans (CYA) AAA organization during the same season. He scored ten goals and notched eight assists for CYA in nineteen games played. Povorozniouk completed his junior hockey career in the CHL with the Saginaw Spirit (OHL), Kingston Frontenacs (OHL), Windsor Spitfires (OHL), and Saint John Sea Dogs (QMJHL). Porvorozniouk’s major-junior hockey career in Canada included over three hundred regular season games. He netted forty-seven goals and recorded seventy-four assists during four seasons in the OHL. Povorozniouk scored thirty-nine goals and recorded twenty-three assists for sixty-two total points in sixty-eight regular season games played for the Saint John Sea Dogs during the 2015-2016 regular season. He also scored fourteen goals and notched eleven assists in seventeen games for the Sea Dogs during the 2016 postseason. Following the 2015-2016 season, Povorozniouk signed a professional tryout contract with the Chicago Wolves (AHL). He appeared in two preseason games and scored one goal. Following the preseason, Povorozniouk signed a standard player’s contract with the Wolves. After his time with the Wolves, Povorozniouk played for the Missouri Mavericks (ECHL) and Elmira Jackals (ECHL) during the 2016-2017 season. He scored eighteen goals and notched twenty-three assists during the 2016-2017 season. Povorozniouk skated for Vaasan Sport (Liiga) in Vaasa, Finland, and the EC Kassel Huskies (DEL 2) in Kassel, Germany during the 2017-2018 season.  He most recently skated for the Norfolk Admirals (ECHL) and Odense Bulldogs (Denmark) during the 2019-2020 season.

“I’m very excited and grateful to be joining such a respected and successful organization. I’m really looking forward to learning and working with the experienced staff that is already there. My experience with the Windy City Storm has been the best I could ask for. I was welcomed with open arms. The program is run at a high and professional level with every coach working to their best abilities to develop the players on and off the ice. My goal is to help this team succeed in every way that I can. I want to develop each player to become the best player they can be and to provide the knowledge I had as a player to the players at the Storm. I want to thank Director of Player Development Ryan Ward for giving me the opportunity to be a part of the Windy City organization. I also want to thank Director of Skill Development Karl Linden for being a mentor to me when I arrived. We spent many hours on the ice working together. I’d like to thank the other coaches at the Windy City Storm for helping me improve every day. Lastly, I’d like to thank Anthony Noreen and Mr. Vennetti for giving me this opportunity to be a part of the Tri-City Storm.”– Assistant Coach Sam Povorozniouk

“As a staff, we are really excited to add Sam to our organization. He played in our league and played professional hockey, and I think he is a guy who is going to add a ton from a coaching perspective and a skill development perspective. After being with him first-hand on the ice, I know he is a guy who loves what he does, he is one hundred percent dedicated to it. He has an elite work ethic, he wants to get better, and he wants to help the guys he works with improve and get ready for the next level. We believe Sam will be a great addition to our staff. ” - President of Hockey Operations/Head Coach Anthony Noreen

“We are excited to add Sam to our staff this season. He's young and hungry, brings a fresh perspective on the game for our players, and has experience in our league / high-level junior hockey / and pro hockey as a player. He should make a great addition and asset to our coaching staff this season.” – General Manager Jason Koehler 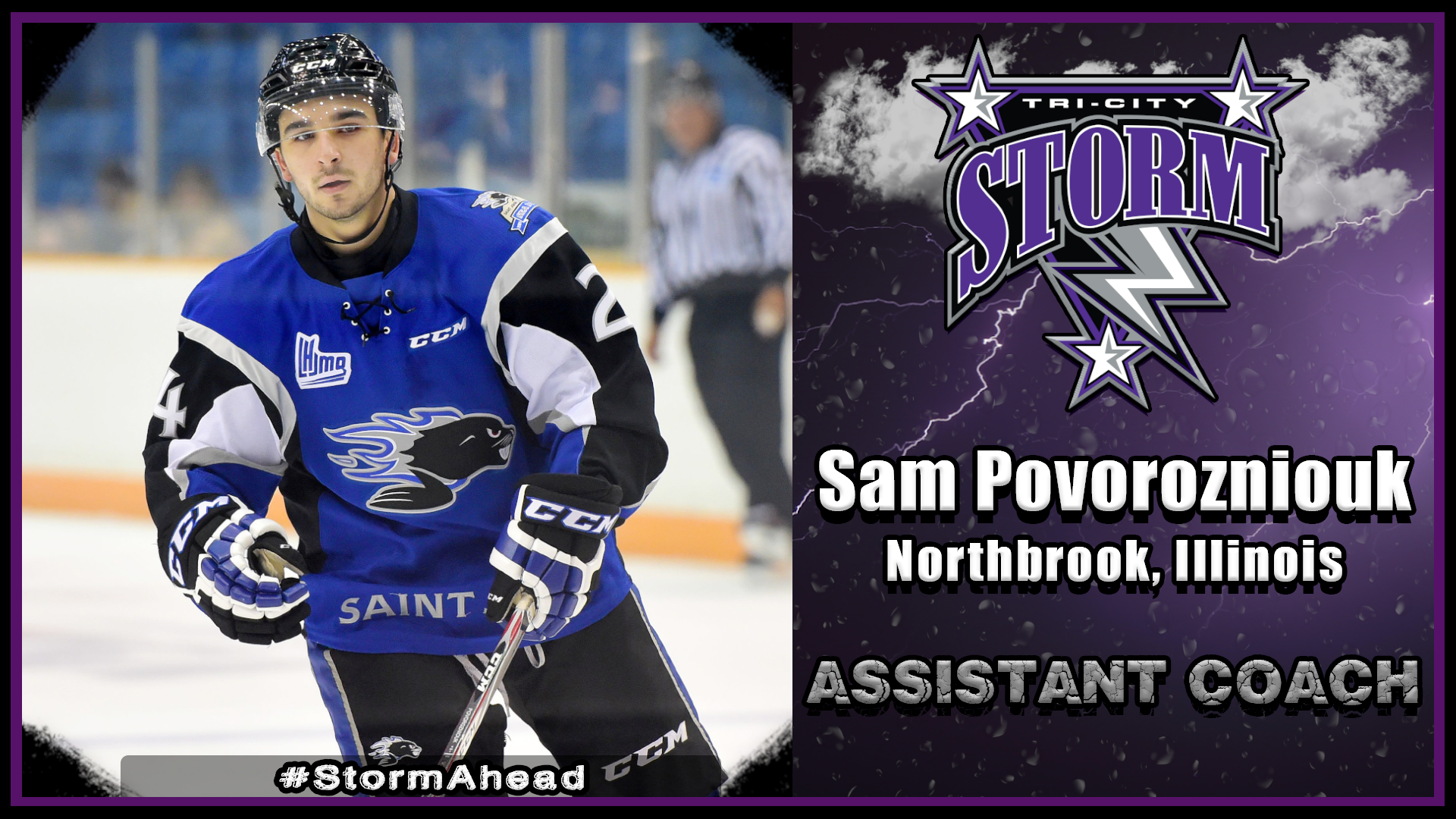