Kearney, NE. – Former Tri-City Storm forward Mason Appleton was selected last night by the Seattle Kraken in the 2021 NHL Expansion Draft. With the selection, Appleton became the first former player in Storm history to be chosen in an NHL Expansion Draft. Appleton appeared in one hundred and thirty-eight games over four seasons with the Winnipeg Jets after being drafted by the organization with the 168th overall pick in the 6th Round of the 2016 NHL Draft. Appleton was one of five USHL alumni selected in last night’s draft.

Mason Appleton, 25, Forward, of Green Bay, Wisconsin was selected 3rd Overall by the Storm in the 2014 USHL Draft. Appleton appeared in fifty-four career regular season USHL games, all of them with the Storm organization. In addition to his appearances with the team during the 2014-2015 regular season, Appleton also skated for Tri-City in seven games during the 2015 Clark Cup Playoffs. He netted twelve goals and recorded twenty-eight assists for forty total points during the 2014-2015 season. Appleton’s first career USHL goal was scored in his debut game with the Storm on September 26th, 2014, in Tri-City’s 4-3 road win over rival Lincoln at the Ice Box. Appleton recorded a multi-goal game on November 1st, 2014, in the Storm’s 4-3 road loss to the Madison Capitols. He led all Storm players with four goals in seven games played during the 2015 Clark Cup Playoffs.

Following his career with Tri-City, Appleton played two seasons of college hockey at Michigan State University. He scored seventeen career goals and notched thirty-six assists in seventy-two career games with the Spartans. Appleton won AHL Rookie of the Year honors following his debut professional season with the Manitoba Moose (AHL) in 2017-2018. He scored twenty-two goals and recorded forty-four assists for sixty-six total points in seventy-six games played. Appleton made his NHL debut with the Winnipeg Jets on December 1st, 2018, in the team’s 4-3 road loss to the New Jersey Devils. He netted his first career NHL goal on December 20th, 2018, in Winnipeg’s 5-3 road victory over the San Jose Sharks. Appleton has netted twenty goals and recorded twenty-three assists to this point in his NHL career. He is one of twenty-five former Storm players to play in an NHL game.

The 2021 NHL Draft begins tomorrow night and will be conducted virtually for the second straight year. The opening round of this year’s draft will begin at 7:00pm CT on Friday and will be broadcast on ESPN2. The remaining rounds of the 2021 NHL Draft will take place beginning at 10:00am CT on Saturday and will be broadcast on NHL Network. Fifty former Storm players have been selected in the NHL Draft, including six in the 2020 NHL Draft. A complete list of Tri-City’s NHL Draft picks can be found online at https://www.stormhockey.com/nhldraft. #StormAhead 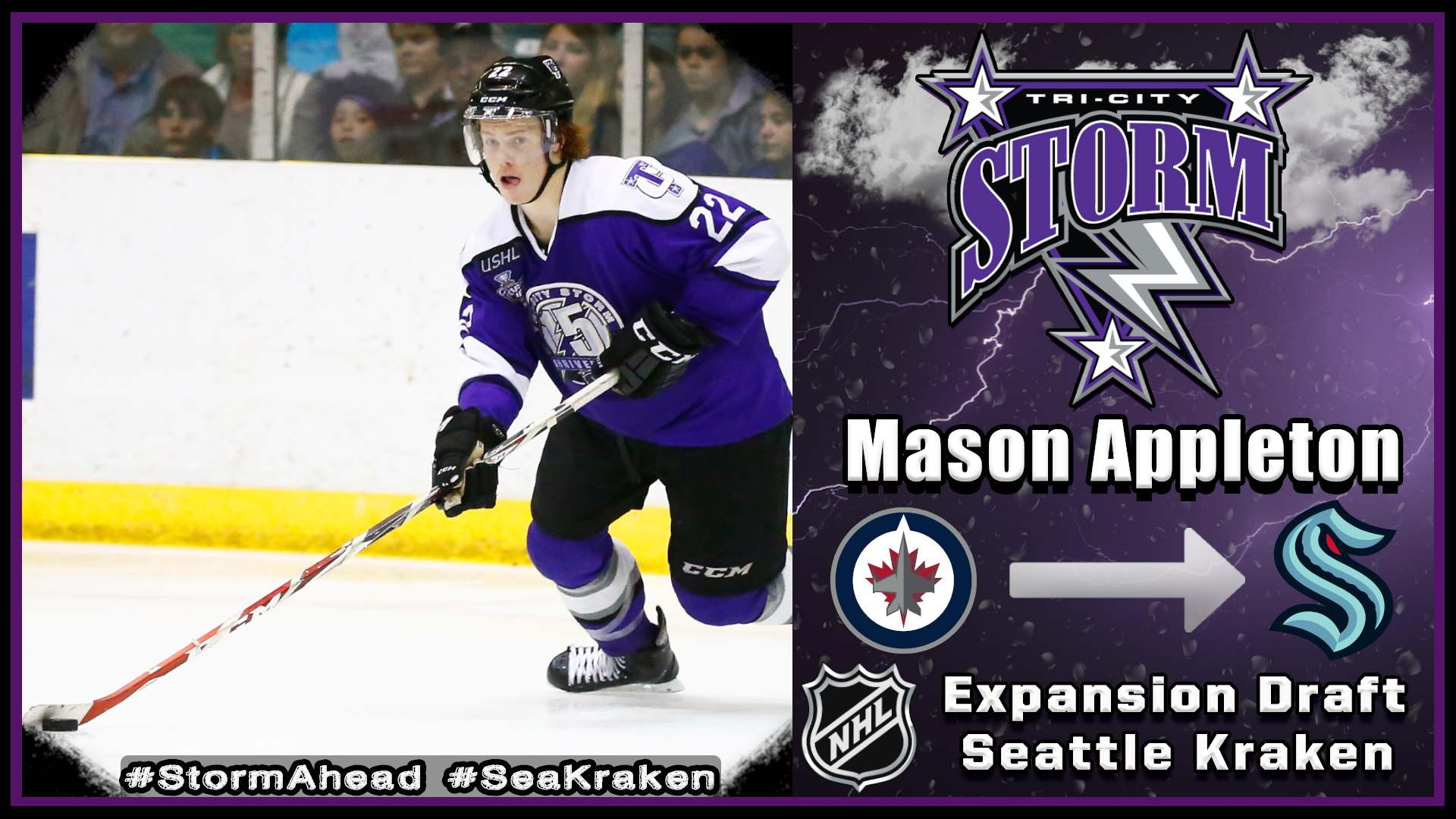