Home Opener at the Viaero Center set for October 8th.

Kearney, NE. – The United States Hockey League (USHL) recently announced the regular season schedule for all sixteen member clubs for the 2021-2022 regular season. Following two shortened seasons due to the COVID-19 pandemic, the 2021-2022 regular season schedule will return to a full sixty-two game format. The Home Opener at the Viaero Center is set for Friday, October 8th. Tri-City captured the fourth Regular Season Western Conference Championship in organization history during the 2020-2021 season. The 2021-2022 season will be the twenty-second season in the history of the Tri-City Storm. Season Tickets for the upcoming season are on sale and can be purchased by calling the Viaero Center Box Office at 308-338-8144. For more information visit www.StormHockey.com.

The Storm will travel to Dallas, TX for two matchups against the Lincoln Stars on January 28th, and January 29th, 2022, for the second edition of the USHL’s Frosty Cup hosted by the Dallas Stars of the National Hockey League (NHL). The first edition of the Frosty Cup was contested between the Green Bay Gamblers and Youngstown Phantoms on January 2nd and January 3rd, 2020. The Frosty Cup was not held last season due to the COVID-19 pandemic. More information on the 2022 Frosty Cup will be released at a later date.

With four neutral site games on the 2021-2022 regular season schedule (Fall Classic & Frosty Cup) Tri-City will play twenty-nine home games at the Viaero Center. The Storm finished the 2020-2021 season with a 15-8-3-0 record on home and led the USHL in average home game attendance in both the regular season and the 2021 Clark Cup Playoffs. The Home Opener for the 2021-2022 regular season will feature a matchup between the Storm and Western Conference foe Waterloo Black Hawks. The game is scheduled for Friday, October 8th and puck drop is set for 7:05pm CT. Ticket Information and the Storm’s 2021-2022 Promotional Schedule for home games at the Viaero Center will be released at a later date.

Like recent years, Lincoln and Omaha will be Tri-City’s most common opponents in the 2021-2022 regular season. The Storm will face the Stars and the Lancers ten times each this upcoming season. Tri-City finished the 2020-2021 regular season with a combined record of 12-6-0-1. Roughly thirty-two percent of Tri-City’s regular season schedule is comprised of matchups against its in-state rivals.

A rematch of the 2021 Western Conference Semifinal will take place eight times during this year’s regular season as the Storm and the Fargo Force face off. Tri-City faced the Force nine times during the 2012-2013 season and finished with a head-to-head record of 2-6-0-1. The Storm also battled the Force eight times during the 2010-2011 and 2011-2012 seasons. After capturing the opening game of the 2021 Western Conference Semifinal by a final score of 3-2 at the Viaero Center, the Storm dropped the next two games of the series. Tri-City won the regular season series against the Force with a final record of 4-2-0-0.

Finally, Tri-City will face the Des Moines Buccaneers and the Waterloo Black Hawks six times each in the regular season. Des Moines was the only team in the USHL to post a winning record against the Storm during the regular season last year. Tri-City finished the 2020-2021 season with a combined record of 4-5-1-0 against the Black Hawks and Buccaneers. Des Moines and Waterloo each missed out on qualifying for the 2021 Clark Cup Playoffs. The Black Hawks will serve as the opponent for the Storm in the 2021 Home Opener at the Viaero Center on Friday, October 8th.

Tri-City completed the 2020-2021 season as the least penalized team in the USHL’s Western Conference. The Storm also led the league in penalty kill percentage for the third consecutive season. Tri-City led the USHL’s Western Conference with forty-six goals scored on the power-play. Tri-City has posted a combined record of 128-74-13-7 in 222 regular season games in the first four seasons under Head Coach Anthony Noreen. During that span, the team has captured two Western Conference Regular Season Championships, one Anderson Cup Championship and has appeared in every contested USHL postseason.

“On behalf of the Tri-City Storm organization, we are all excited for the Storm to return to action and welcome the best fans in the USHL back to the Viaero Center.  The support we received last season was unbelievable.  We have a lot planned for next season and hope to see everyone very soon.” Tri-City Storm Vice President of Business Operations/Viaero Center General Manager Mike Lucas 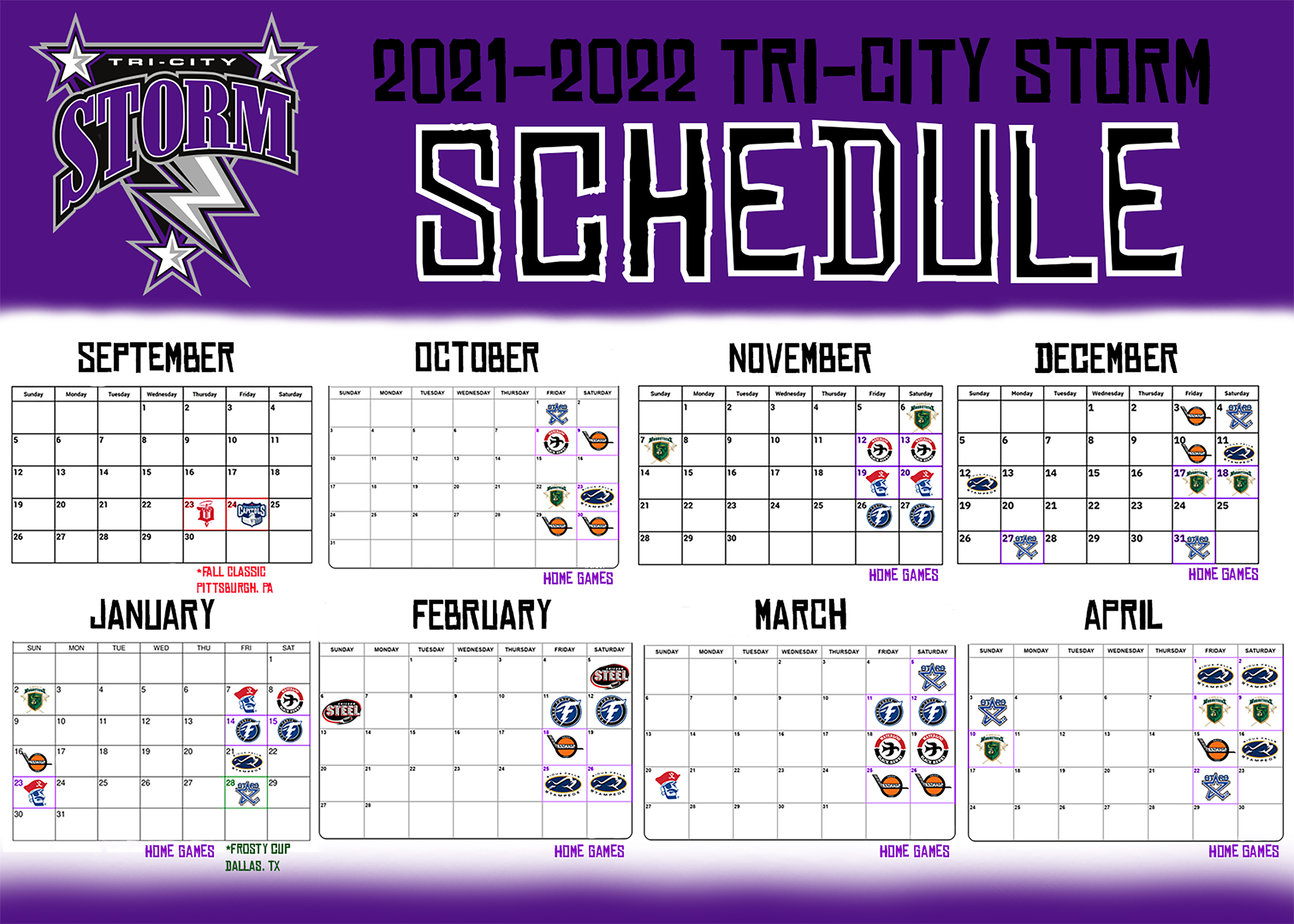