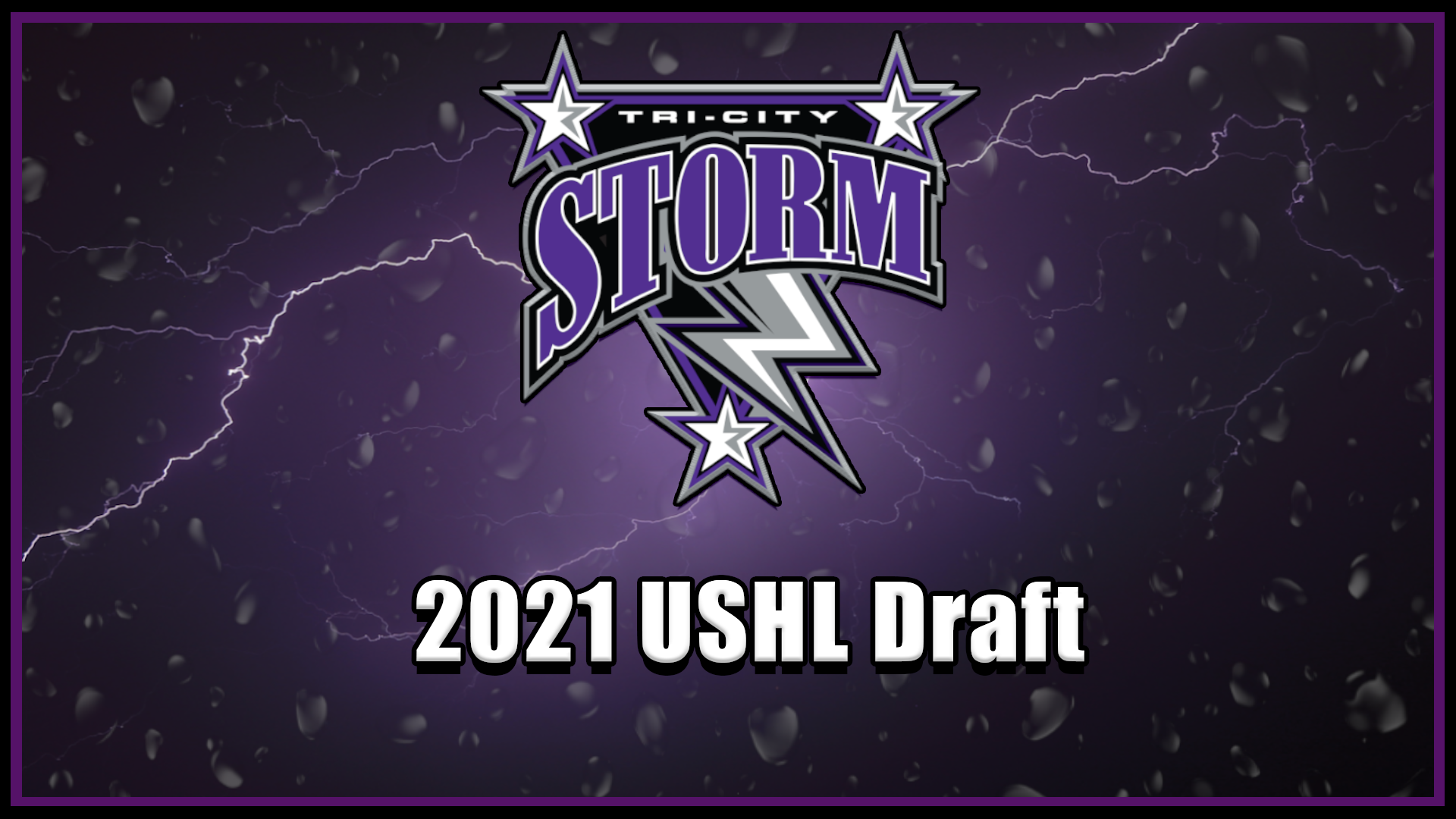 The 2021 USHL Phase I Draft is ten rounds of "Futures" age players only, which are U-17 players for next year's season (2005 birth year players). This Draft is scheduled to begin at 5:00pm CT on Wednesday, May 26th.

The 2021 USHL Phase II Draft is open to players of all ages eligible to play junior hockey and who are not currently protected by another USHL team. Teams will fill their roster to a total of 45 players; this includes players that were previously on a team's Affiliate List. The total number of players that a team will draft will vary depending on the number of Affiliate players a team may have. All veteran roster players from the 2020-2021 season are automatically protected by their current team, separate from the list of 45 players. This draft is scheduled to begin at 1:00pm CT on Thursday, May 27th.

Refresh this Draft Center page often for the most up-to-date results and information.

Live Draft Results can be found at the bottom of this page for each Phase of the 2021 USHL Draft.

Phase I Draft - Wednesday, May 26th

Tri-City's selections in the 2021 USHL Phase I Draft.

The Storm signed defenseman Andrew Strathmann of Beach Park, IL to a tender agreement on November 18th, 2020 forgoing its 1st Round Selection in the 2021 USHL Phase I Draft. Read More

The Storm signed forward Tanner Adams of Northport, NY to a tender agreement on May 22nd, 2021 forgoing its 2nd Round Selection in the 2021 USHL Phase I Draft. Read More

Arsenii Sergeev, 18, Goaltender, of Yaroslavl, Russia appeared in twenty games for the Shreveport Mudbugs (NAHL) during the 2020-2021 season. Sergeev posted a 14-4-2 record and recorded a save percentage of .936%. He also posted a Goals Against Average (GAA) of 2.17. Sergeev previously played two games for the Sioux Falls Stampede during the 2019-2020 season. He also previously played for the New Jersey Junior Titans (NAHL). Sergeev is 6'3'', 190 lbs and uncommitted.

Christian Fitzgerald, 18, Forward, of Coquitlam, British Columbia, skated in fourteen games during the 2020-2021 season with the Surrey Eagles (BCHL). Fitzgerald netted eleven goals and recorded twelve assists for twenty-three total points. He appeared in forty-four games with the Eagles during the 2019-2020 season and scored three goals. He also recorded three assists for six total points during the season. Fitzgerald is 6'0'', 174 lbs, and committed to Minnesota State.

David Goyette, 17, Forward, of Hawkesbury, Ontario, appeared in four games last season with the P.A.L Jr. Islanders (NCDC). Goyette scored three goals and provided the Islanders offense with three assists. He skated in seventy-four games for the Selects Academy at South Kent School in South Kent, Connecticut during the 2019-2020 season. Goyette scored fifty-seven goals and recorded one hundred and sixteen assists. He is 5'10'', 152 lbs, and uncommitted.

Josh Nadeau, 17, Forward, of Saint Francois-de-Madawaska, New Brunswick skated in fifteen games last season for Edmundston Blizzard (MJAHL). He netted thirteen goals and recorded eighteen assists for thirty-one total points. During the 2019-2020 season, Nadeau scored twenty-four goals and recorded thirty-two points in thirty-five total games with the Fredericton Caps U18 AAA organization. Nadeau is 5'7'', 157 lbs, and is committed to the University of Maine.

Nick Erickson, 16, Goaltender, of Apple Valley, Minnesota, appeared in sixteen games last season with Hill-Murray School in Maplewood, Minnesota, and posted a record of 14-2-0. Erickson also recorded a save percentage of .937 and a Goals Against Average (GAA) of 1.18. Erickson is 6'3'', 165 lbs, and uncommitted.

Ethan Bowen, 19, Forward, of Chilliwack, British Columbia, skated in nineteen games during the 2020-2021 season for the Chilliwack Chiefs (BCHL). Bowen scored eleven goals and provided the Chiefs offense with ten assists. Bowen netted twelve goals and recorded nineteen assists for Chilliwack during the 2019-2020 season. Bowen is 6'2'', 170 lbs and committed to the University of North Dakota. Bowen was drafted 207th Overall in the 7th Round of the 2020 NHL Draft by the Anaheim Ducks.

Cameron O'Neill, 17, Forward, of Odenton, Maryland appeared in twenty-six games this season for Mount St. Charles Academy's 16U AAA team. O'Neill netted twenty-four goals and recorded thirty-three assists for fifty-seven total points. He scored fourteen goals and recorded twenty-three assists in fifty-three games with the team during the 2019-2020 season.  He is 5'11'', 174 lbs and uncommitted.

Daniil Dolzhenko, 16, Defenseman, of Omsk, Russia, skated in six games during the 2020-2021 season with the Notre Dame Hounds U18 AAA program. He scored two goals and recorded five assists. He skated in thirty-six games during the 2019-2020 season and scored three goals. He also recorded twenty-five assists. Dolzhenko is 6'0'', 181 lbs, and committed to UMass-Lowell.

Dane Dowiak, 19, Forward, of Wexford, Pennsylvania, skated in thirty-three games during the 2019-2020 season for The Gunnery in Washington, Connecticut. Dowiak scored fourteen goals and recorded twenty-nine assists for forty-three total points. Dowiak also previously played for the Yale Jr. Bulldogs and Kent School. He is 5'10'', 172 lbs and committed to Penn State University.

Garrett Szydlowski,18, Forward, of Brighton, Michigan, appeared in fifty-three games last season for the Maryland Black Bears (NAHL). He scored nine goals and recorded seventeen assists for twenty-six total points. Szydlowski skated in forty-six games for the Black Bears during the 2019-2020 season and scored eight goals. He is 5'10'', 170 lbs, and committed to Western Michigan University.

Noah Roberts, 15, Defenseman, of Aurora, Ontario, currently skates for St. Andrew's College. He appeared in four games for the team during the 2019-2020 season. Roberts previously skated for the York Simcoe Express U15 AAA program. He is 6'0'', 168 lbs, and uncommitted.

Felix Trudeau, 18, Forward, of Terrebonne, Quebec skated in nine games during the 2020-2021 season with the Amherst Ramblers (MJAHL). He scored five goals and recorded four points for nine total points. He also skated in five postseason games with the team. He scored four playoff goals and recorded three postseason assists. Trudeau previously played for Northwood School in Lake Placid, New York. He is 6'1'', 176 lbs and committed to the University of Maine.

Ryan Mast, 18, Defenseman, of Bloomfield Hills, Michigan skated in fifty-eight games during the 2019-2020 season with the Sarnia Sting (OHL). He scored one goal and provided the Sting offense with ten assists for eleven total points. Mast previously played for the Compuware and Belle Tire AAA organizations. He is 6'4'', 190 lbs, and uncommitted.